How to make your offline job application go viral

Wondering how to get recruiters to notice you? Here’s a graduate whose job search efforts got 1.400 likes on Linkedin and exposure in the national media - read how this guy made it happen.

Some months ago we stumbled upon Emanuel Michael Kakuja, who placed himself at some of the most traffic-heavy metro stations in Denmark and made himself available for employers who were looking for someone with his skills. The story went viral on Linkedin and his story got on national television and radio.

We also thought it was a great story and shared it on our Facebook page.

The wonderful thing in this connected world is that he actually noticed our post and sent us his thoughts prior to his original yet simple job application campaign and an update about how the job search is going for him. As he writes:

“I was surprised to find out that it's not only internationals that have trouble "selling" themselves to potential employers but Danes as well.”

So, see if you can use some of his thoughts and go viral with your own job search campaign. (If not, then you may just find a great job match on Graduateland ;-))

This is the story of how to go viral by Emanuel Michael Kakuja:

Job hunting? How will they remember you?

As a graduate job seeker that has received much more exposure (TV, radio, and newspapers) than initially expected, I believe that by sharing my story with other fellow job seekers I could possibly encourage and inspire them to devise other innovative and creative job hunting methods which will in turn hopefully help them land their dream job. Around 70 % of all the jobs in Denmark are not actually advertised, hence you have to network.

But what can I, as a 25-year-old graduate, do when in a networking event my potential employer is being courted by people with better pitching skills and/or more years of work experience? I need a WOW factor, something that will stick into the employer's psyche.

But here's the "Catch 22". If you have never heard of them before, the Scandinavians (Denmark, Norway, and Sweden) are living by something called the Jante Laws, the first one being: "You're not to think you are anything special".

So, how can I create the WOW factor under these circumstances?

Answer: I do my research! Thoroughly! And find out exactly where the Scandinavians draw the line between what's acceptable and what's not.

The result of my research yielded in this finding.

OK, so we now know that this is acceptable, so what if I make a billboard by which I showcase my expertise? And was wearing my best Sunday suit?

But let's analyze the problem a little bit further, why are the graduates sitting at a desk? Because then the potential employer can see how that person would look like if he/she was working for him. Ok, so then in my case that means: wear a suit BUT be a little bit informal, just like you would be in a normal work day.

Good, so I know what's acceptable and I've established how I need to look, BUT what do I say on the billboard??

Well, people (Danes especially) want things short, sweet and to the point, as a result, I just say: what I want, what I offer and how can they reach me. And I need to make the board big, so it's visible from afar.

So far so good. But then I said to myself "well people seeing me (and hopefully interacting with me), that's an experience, so let's have a physical reminder of it ".

A physical reminder is for instance when a luxury hotel lets you take one of their fancy towels upon your departure. Well, the physical reminder in my case is obvious! MY CV! But I can't just give out a simple sheet of A4 paper, wouldn't that be boring and counterproductive??

How about if I make it like a brochure? Are Scandinavian employers open to such a tactic? Again I do my research! And lo and behold a Norwegian offers me the answer.

Now that I've decided on my strategy, where do I advertise and offer this experience?

Well, one immediate thought was: Copenhagen Central station. Why? Because you have people coming from all over Greater Copenhagen to work in the centre and you also have access to the people that live in Sweden but work in Denmark.

Only one problem?! The station has 3 exists, so what do you do? Stick with one that you think will offer the most effect? Or switch places from time to time? I chose the first.

THE RESULT: 5 CVs spread out and 15 people taking pictures for social media. An ok result, BUT not something that will make a lasting impact.

So I need a spot where I have a bottleneck: a narrowing through which a high number of people are passing. The answer is clear: Nørreport station where people that change from the S-trains run to take the metro and vice-a-versa.

The confirmation of this theory came in an unexpected form: a person (which was a DR employee) started conversing with me, and unbeknownst to me she had already sent a cameraman towards the station in order to capture my initiative.

The end result of the entire campaign can be seen bellow:

It must be said that I wasn't expecting my initiative to have such a widespread impact, but that did whoever test my capability of thinking on my feet and also my diplomacy skills, not to mention offering me an exhilarating experience. That being said my search goes on, since securing a job offer is still an objective.

I can also say for sure that this campaign has perfectly showcased my personality traits and academic knowledge and henceforth the working environment which I desire to enter and develop myself. The personality traits in question being:

So, what's happening on the job front? Any updates?

In terms of views as a result of my initiative, you can see the results in the attached picture "Linkedin views". As for my number of Linkedin connections, I have managed to increase it from 89 to 155.

I did have some meetings and interviews but I didn't exactly make the cut.  BUT from the meetings I have learned that I may have confused my audience (a bit) because I have mentioned 3 fields which technically can be completely separate : "Value chains" "Innovation" and "Service management", hence potential employers were not sure where I fit in.

The reason for my mistake was due to the fact that i didn't want to close  doors by focusing on only one field. A little bit of context, my degrees are the following : AP degree in Service Management, Professional bachelor in Sports Management  and Msc. in Operations and Innovation management.

From my meetings I have obtained a way of going around this problem, thus achieving precision while still keeping all my options open. The solution consists of describing myself via by adapting the 4 points from above to the following:

3) Innovation: since everything in Denmark is about innovation, plus I studied it; and my role is more about testing an idea and making it feasible than actually creating it;

4) Digitalization: everything is becoming more and more digital hence for better career prospects it would be ideal for me if I could tap into that field;

I then take these 4 points and expand on them according to the company I'm interested in. 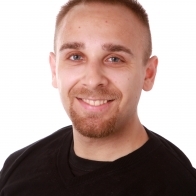 Young graduate with the mindset of a strategist, looking to work with process improvement and design within an innovative environment. Due to my methodical thinking I can assist in testing and increasing the feasibility of new and disruptive ideas. Because I am a person with a strong sense of self-development, I am also looking for opportunities to deploy and expand my skill set into the world of digitalization, both in terms of media and programming. ...but at least with job applications, there are some annoying steps you can actually skip these days. How are cover letters still a thing? Can you apply for a job that you got rejected for before?

Yes, you can - but not always. Should I include a picture in my CV?

The rules for having a photo on your resume differ from place to place. Here are our recommendations for including a picture in your ...

Graduateland er forpligtet til at:

Graduateland er ikke ansvarlig for brugeren i forhold til:

1. Processing of your personal data

Graduateland can processes the following personal data about you for the above-mentioned purposes:

3. Confidentiality and information about Graduateland’s processing of your personal data